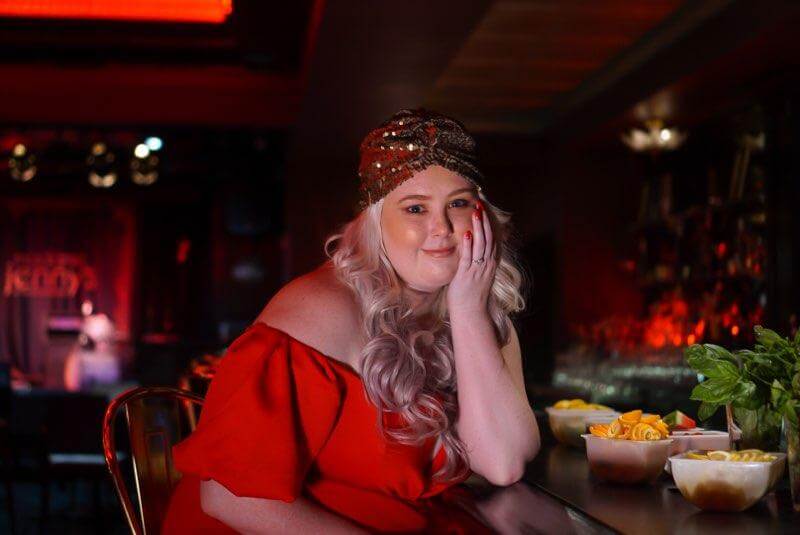 Hi! I am so excited to bring you this post in collaboration with the talented Greyson Schermerhorn at the fab Scranton speakeasy Madame Jenny’s. Peggy Li of Peggy Li jewelers gave me a stunning opal cocktail ring last month, pictured, so I couldn’t resist writing a blog post on one of my favorite clothing pieces, the cocktail ring, and doing a full photoshoot to go with it 📸

For centuries the left ring finger has been designated as real estate for the ring your dream man buys for you someday. But what about the right? Women during the Prohibition era had an idea about that. Women had entered the work force during the Great War and now smoked and drank alongside men in speakeasies. As a symbol of women’s independence, we were given the “cocktail ring.”

Women’s clothing had become less constricting by no coincidence a la designers like Coco Chanel. They were fighting on the front lines for the right to vote. But it took De Beers, the jeweler responsible for the midcentury slogan “Diamonds are Forever” and America’s diamond obsession 😩, until almost 2004 to come up with an ad campaign marketed directly at women.

Hmm, maybe it’s like a Taylor Swift video: too little, too late.

It’s no coincidence that in the era of women presidential candidates and a fight for women’s rights like we’ve never seen before, women seem to be skipping Gucci and Prada to mark their big accomplishments and picking out rocks. Take charge; buy a ring.