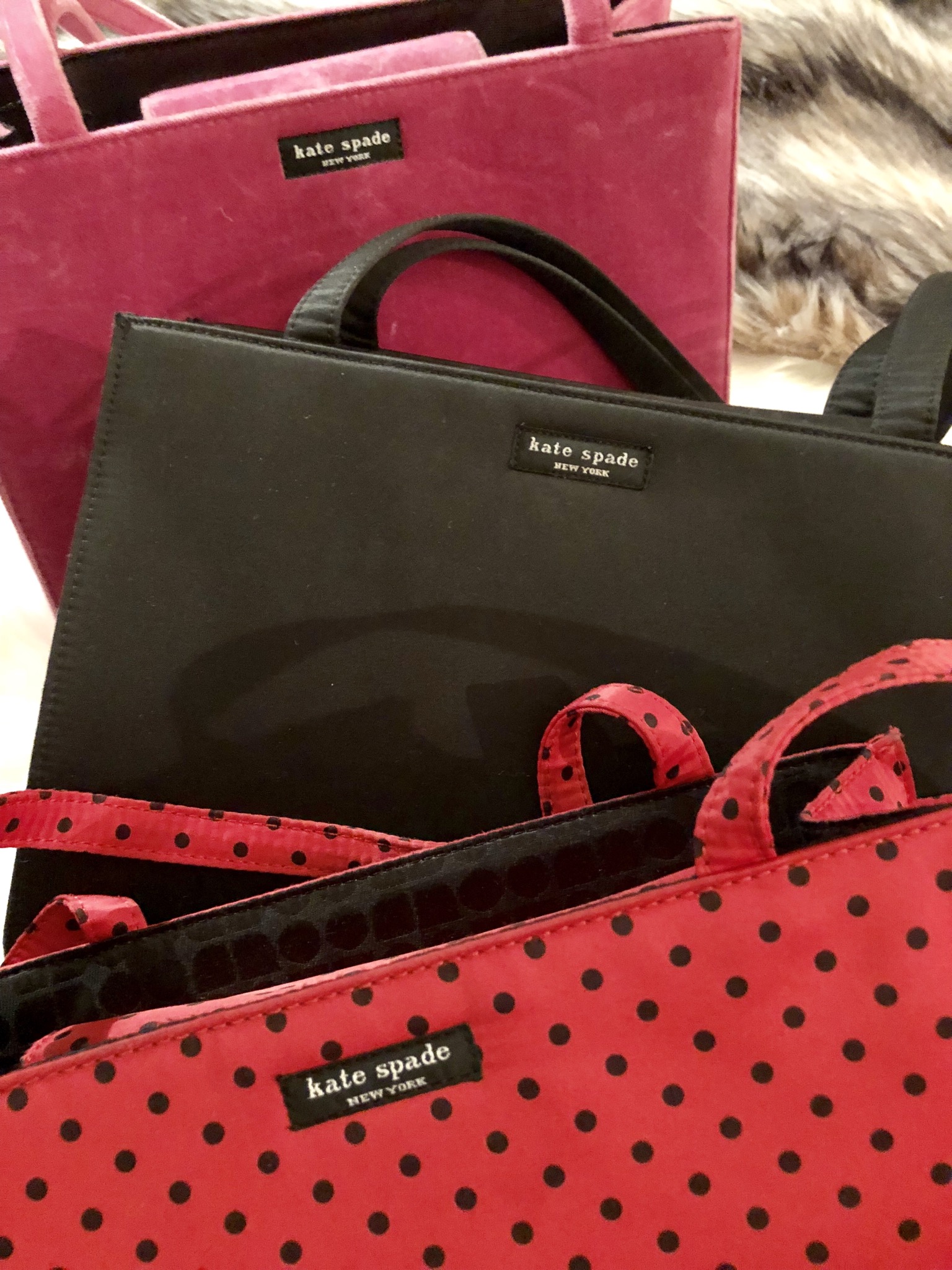 I bought the three retired Kate Spade handbags pictured above on Poshmark a few months ago, before Kate Spade died.  I wanted to get to know the legendary designer who gave up her career to handsew her name onto the outside of handbags. I come from a long line of history majors which is why costume design and I get along so well.  I was actually planning on taking the bags apart to study how they were made, but the impact the finished product had on me was far too moving.  THAT was what I needed to study: the likeness she created that made women say “I can.”

Something about them that made it essential in 1999 for my mom to have one in sateen navy, toting an Evian, a Nextel phone, perhaps a baby bottle, and no doubt so much more.  My mom touted the title housewife for the first three decades of her career even though she was far more than that. She was a force.  Dressed in a Benneton pantsuit with Elizabeth Arden makeup and that navy blue bag she did three decades of “housework” and built a formidable stance in making change.

Standing staring at the bags on my kitchen counter in my studio apartment feeling the way changemakers had felt before me I could hear my “Bad B*tch” playlist playing in my head.  Clean, streamlined, and delightedly elitist my new power purses were going to make me say “I will and I can.”